Choose the Right Partner for Your Property Goals

Make a choice that will have a long-lasting impact 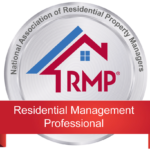 You don't want to hand the keys of your rental property over to just anyone. Work with a management partner that has the skills & resources necessary for success.

Our team is ready to lend a helping hand. We answer phone calls & emails & always ensure your concerns are promptly handled.

We make it easy to keep a watchful eye on your rental property. Simply log into the portal to take a look at your latest statements, account notes, and more. 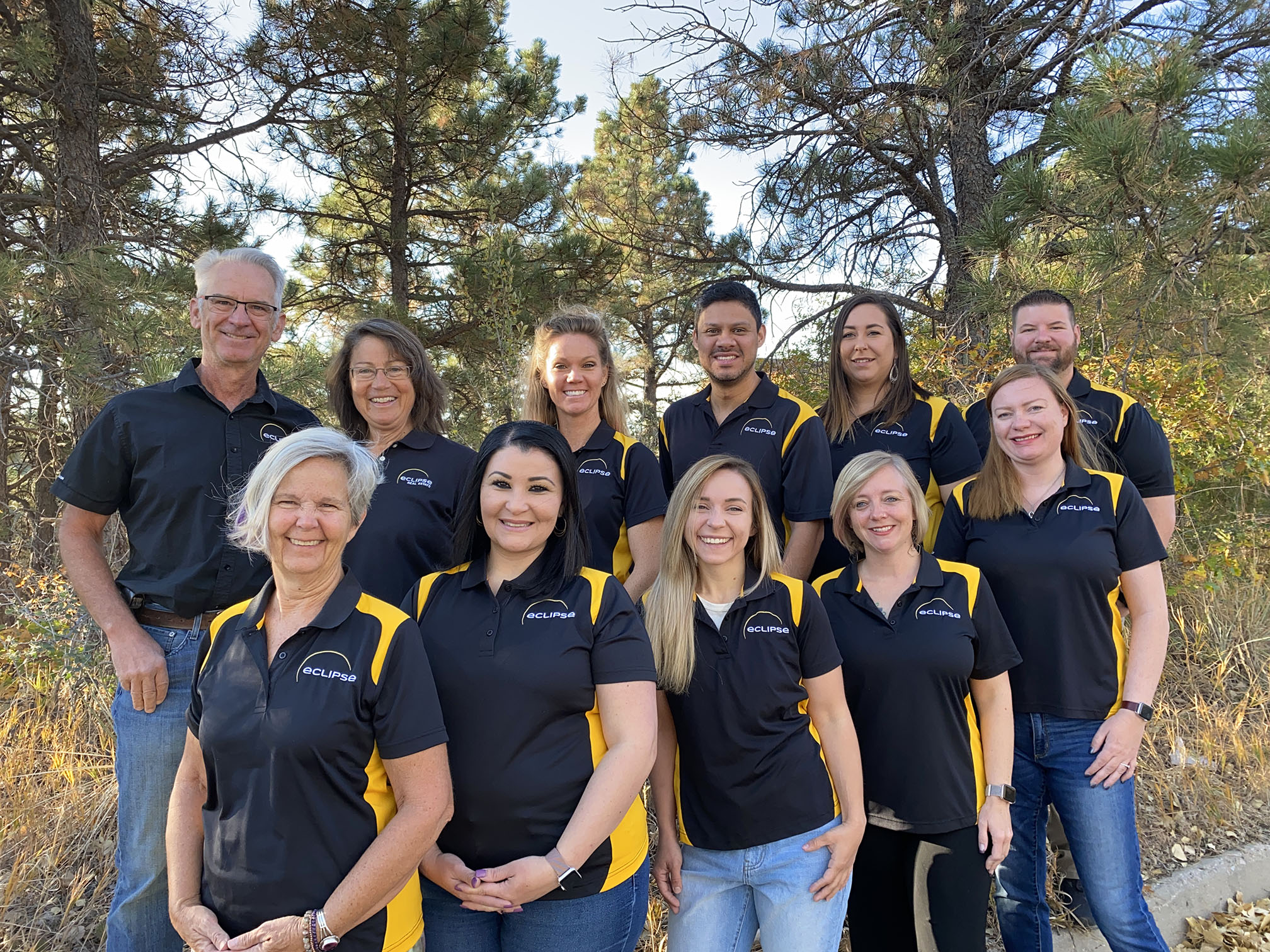 Chuck obtained his Residential Management Professional (RMP®) designation from the National Association of Residential Property Managers (NARPM) in 2017. This designation is only held by about 25 property managers in the State of Colorado.

Chuck grew up in Pagosa Springs, Colorado. In high school he was an active member of search and rescue. He joined the United States Marine Corps in 1999. As a Corporal, he was with the first troops entering Iraq in March of 2003. After his military service, he began a career in civil service. He has served as a Deputy for the Alamosa County Sheriff’s Department, and as a Police Officer and Detective for the Alamosa Police Department. Chuck learned the value of helping people at an early age from his parents. Both worked in civil service; his mother as a dispatcher and his father as a police officer.

Chuck and his family have lived in the San Luis Valley since 2005. While living and working in the San Luis Valley, he attended Adams State College and obtained his degree in 2010. He married Cimarrona in 2003, and they have two daughters, Charlie and Ezri. Chuck and Cim bought their first home in 2010, and have been happy homeowners in Alamosa. Family and career are Chuck’s priorities.

In 2017 Chuck started Eclipse Property Management to help investors manage their properties and help tenants find quality homes and apartments to live in.

Cimarrona has more than a decade of experience in the development of informational publications and design. Her goal with creating Eclipse’s logo and brand was to make it elegant and commanding, just like the company itself.

She is from Pagosa Springs, Colorado and has been living in the San Luis Valley for the last 13 years. She graduated from Adams State University with her BA in secondary education, and spent many years teaching in both private and public school.

She is excited to be able to help the team at Eclipse Property Management conceptualize and implement a strong marketing campaign. With our focus on being a Property Management ONLY company and providing the best possible service to our owners and our tenants… she says “I have the easiest job, I just have to make our image match that of our reputation… which is strong.”

Kim grew up in Pagosa Springs, CO and moved to the San Luis Valley in 2013. She enjoys spending time with her 4 children.

Kim moved to the San Luis Valley to work as a 911 dispatcher and began work with Eclipse Property Management as a part-time hobby. She found that she loved working with us and was thrilled to come to work for Eclipse Property Management full time in January of 2020. In 2020 she also became the Chief Operations Officer helping to keep all of our Eclipse locations running smoothly and supervising the best property management operations team in Colorado.

In her spare time she likes to settle in with a good book, take a road trip with her kids, travel, or go camping.

I came into Property Management during the 2008 recession and it has been a blessing for the last 11 years! I have had the opportunity to work with my children, meet great people and provide an important service to many.

I have learned many things over the years and love to share when I can. With Property Management I share my experience with owners and investors to take care of their investments. I also enjoy helping tenants find their next home. That realization that the tenant wants a “home” helps me to place the right tenant in the right house. Communicating with everyone and taking care of the property responsibly provides for many positive experiences for everyone.

I was so impressed with NARPM, the National Association of Residential Property Managers that I not only joined but became involved with our local chapter and have had many jobs on the Board. I also serve on other community Board of Directors and believe giving back is important in life.

Joining Eclipse Property Management allows me to strengthen and grow by putting my company into excellent hands, and join an excellent team of professionals. It has been a memorable adventure owning my own company, but now I'm starting a new chapter.

Thomas and Jacy Doumas have been exploring and learning about Chaffee County since 1985, hiking, biking, rafting, kayaking, skiing, ATVing, birding, communing with nature with their two children and friends.

Moving to the Arkansas Valley full time in 2015 to serve as real estate agents and property managers allowed The Doumas Team to share their knowledge and passion for the area.

The Doumas Team has a mission to help others meet their goals, fulfill dreams, and find investments in this special valley, while also serving in a variety of local civic committees and community groups.

We know that real estate transactions can be both exciting and challenging. We strive to make selling and buying property a positive and successful experience. We are committed to manage properties professionally and like they are our own. We listen carefully to understand your needs and will make every effort to help you achieve your goals.

Jennifer moved to the valley to pursue a degree in computer science. When she is not working she enjoys spending time with her three children and participating in hobby robotics.

Kati was born on an Air Force Base, in Cheyenne, WY, and moved back to the Valley where her family is originally from. She has lived in Alamosa for over 30 years and graduated from Alamosa High School. She enjoys living in the San Luis Valley where she now raises her two boys.

Kati has a strong background in customer service with over 10 years of experience. Kati is upbeat and a highly self-motivated individual. She is a full-time business student, and is also involved with her community, and takes time to volunteer with local organizations. Her volunteerism includes working with the Boys and Girls Club and helping to set up fundraisers with Chili's for St. Judes Children's Hospital.

Kati enjoys spending time with her boys, having family movie nights, going out on bike rides, and quality time outdoors.

Mayra spent the past 15 years as a teacher. During her university studies she also worked as a customer service representative. Mayra loves history, pop-culture, and her beloved books. Mayra has great organizational and customer service skills and is ready to take care of all of your maintenance issues.

Beverly Boice is a third generation Alamosan. Her grandparents owned and operated “Bertsch Dry Cleaners” for more than 60 years. Bev has continued their legacy of serving the San Luis Valley.

Bev and husband, Dean have two daughters. Both grew up in Alamosa and graduated from Alamosa High School.

Bev retired in 2014 from the Alamosa School District after 20 years as Secretary to the Superintendent and Board of Education. Bev took a few months off to help care for her granddaughter, but then wanted to get back to work. In 2015 she started working with Chuck as Assistant to the Property Manager. Bev has been an invaluable asset with her enthusiasm and organizational skills. Her professionalism aligns with the goals of the Eclipse Property Management team.

Blanca has been working in the Property Management industry for over two years. She has a strong customer service and administrative background with more than eleven years of experience. She is very organized and detail-oriented, making her a qualified asset for our Eclipse Property Management Operations team.

Blanca loves to take on new challenges, apply and expand her knowledge, be a team player, and achieve her professional and personal goals.

In her free time, she loves spending time with her husband and son. She likes to travel and watch movies. She also enjoys playing with her nephews and her dog.

Saul was born and raised in Guadalajara, Mexico. He has worked in the back office business for American companies for over 10 years.

During his free time, Saul likes to paint, read a good book or play video games, however, when he has the energy and the weather is fair, he loves outdoor activities such as jogging, bouldering or camping with his wife and two puppies.

Get a Free Rental Analysis

• Find out how much your home should earn monthly.
• Learn simple tips for boosting your earnings.
• Discover if your home fits our portfolio.

Start a Conversation with Us

Want to know how our management options fit your unique needs?
Schedule a free rental consultation.